Wow! It finally took long enough, but I finally received my Scott Pilgrim vs. the World Complete Edition from Limited Run Games.

I purchased this all the way back on Janurary 15th, and it just arrived today on August 9th. I can say that the wait was worth it. 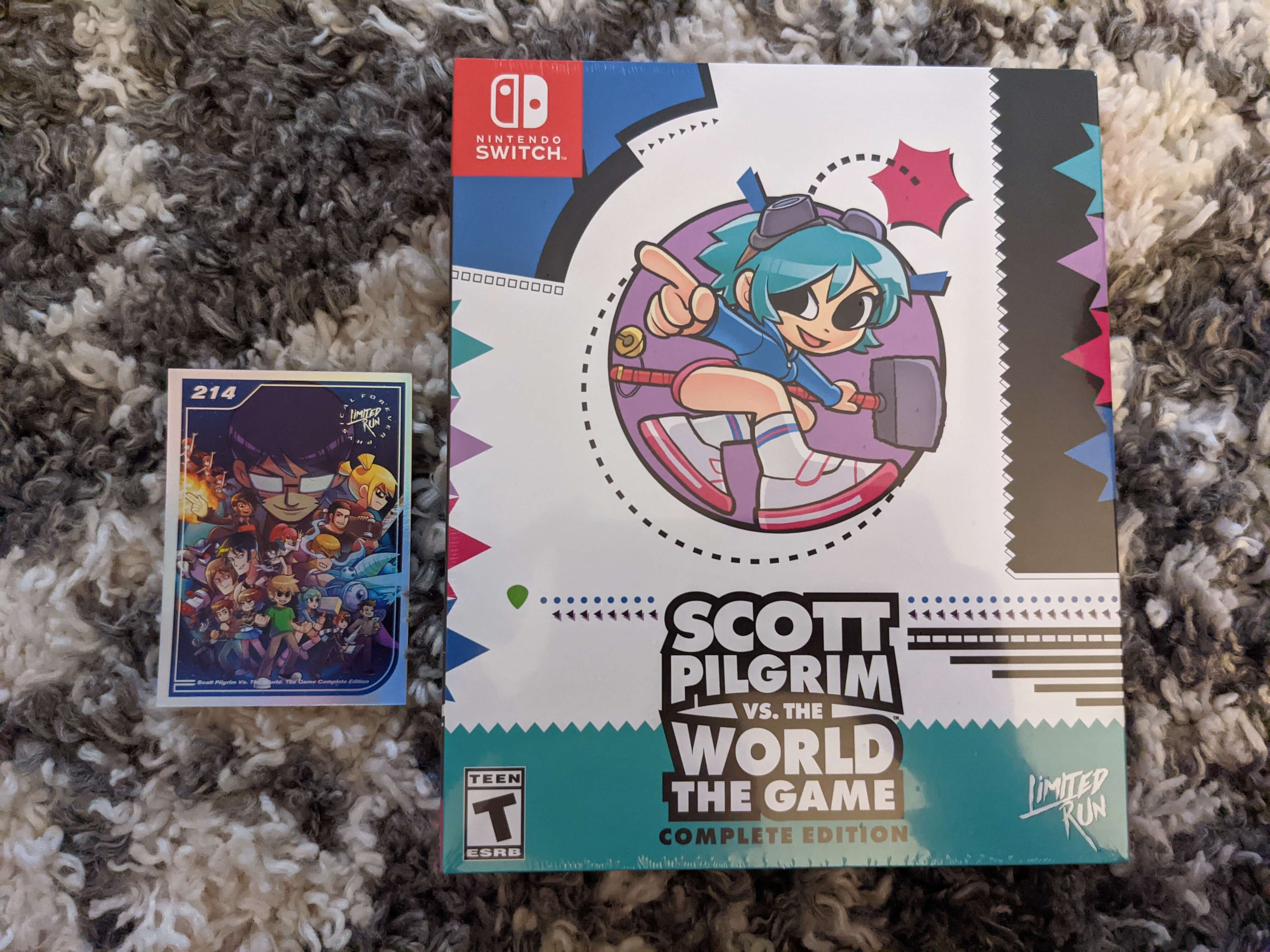 I had originally purchased this game on my Xbox 360, and I recall playing all the way through until the end with 4 players. I had a group of friends that powered through a lot of these co-op games, like Castle Crashers. This version includes some of the DLC that I didn’t pick up, such as Knives and Wallace.

Scott Pilgrim vs. The World pay a great deal of homage to the classic video games, and this set definitely proves it. 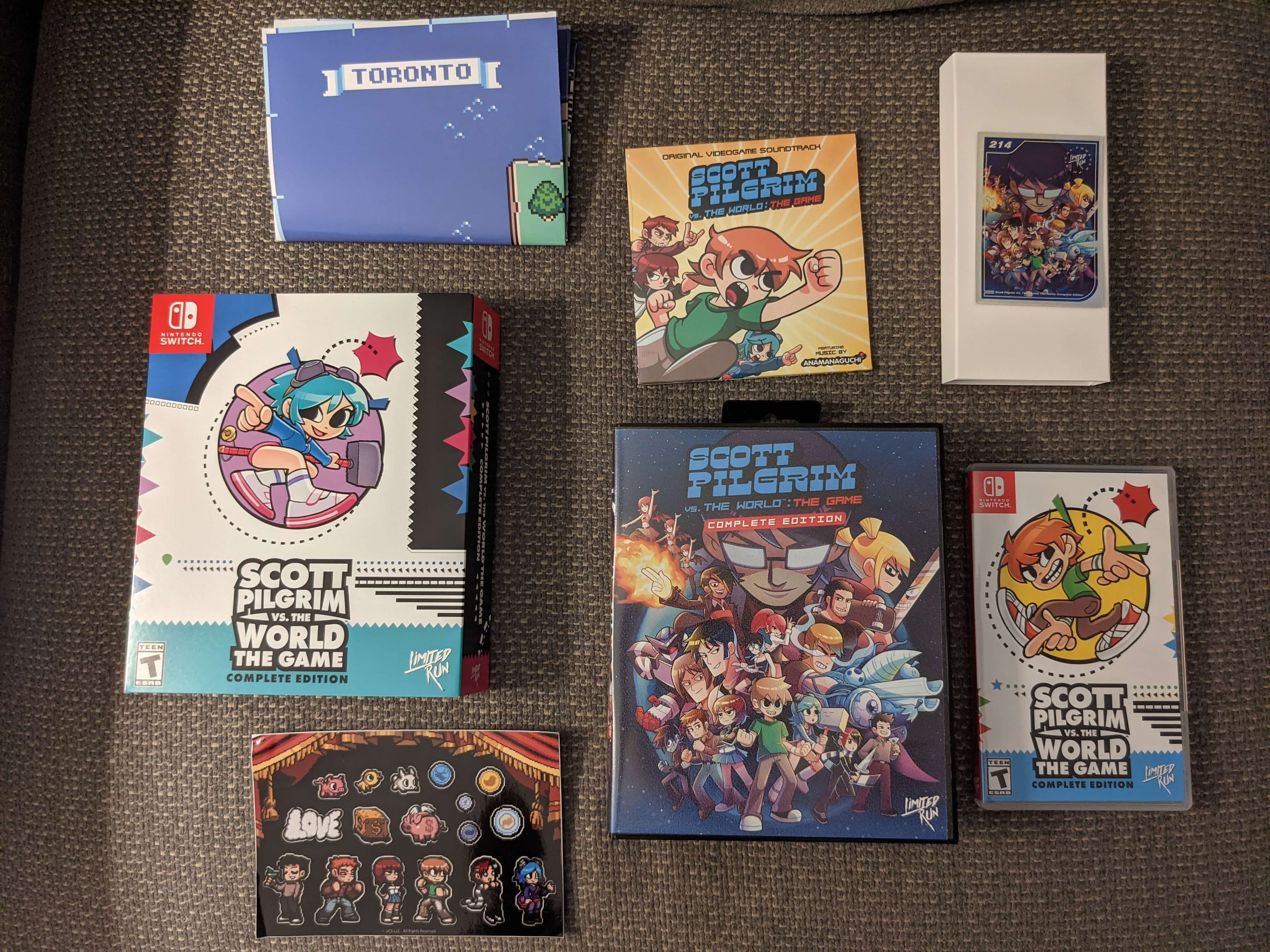 The holographic trading card slipped out of the box and was the only item that was shipped outside the contents of the main game case.

The game had a slip cover with a variation of the Nintendo Switch clamshell that was stylized like the cover of Sonic Adventure.

The plastic case is similar to an old Sega Genesis game and inside had a set of stickers, a world map, the soundtrack featuring tracks from Anamanaguchi. On the back-side I could tell they even reused the 1 to 4 players graphic on the older Genesis cases. 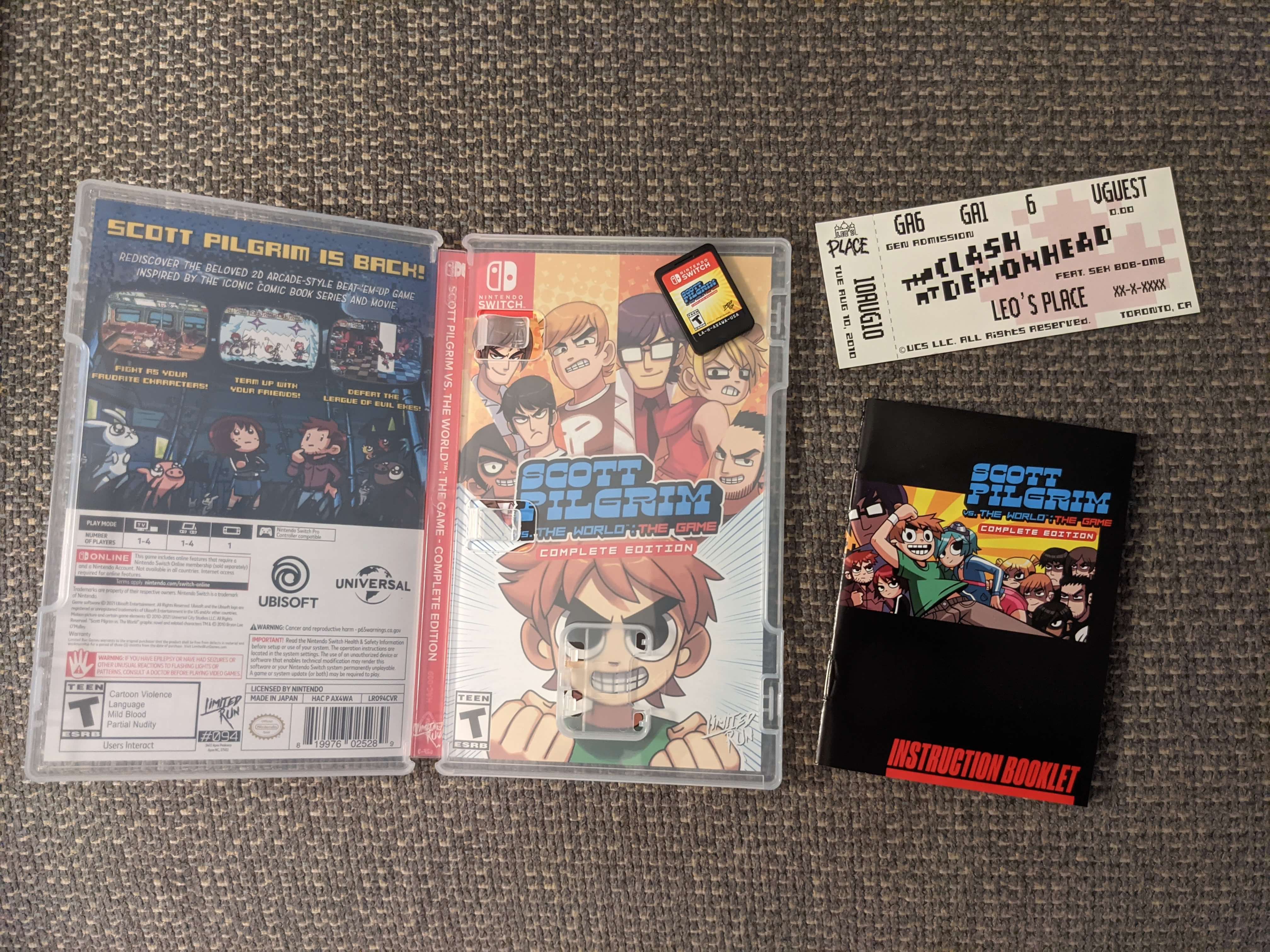 Inside the main game case, there’s still a few extras! There’s a ticket for The Clash at Demonhead, and a Super Nintendo style instruction booklet. I’m not sure what over people’s experiences were, but some of my favorite memories were ravenously reading the manuals on the car ride back home until I could pop in the Super Nintendo cartridge. Flipping through this book puts a smile on my face. 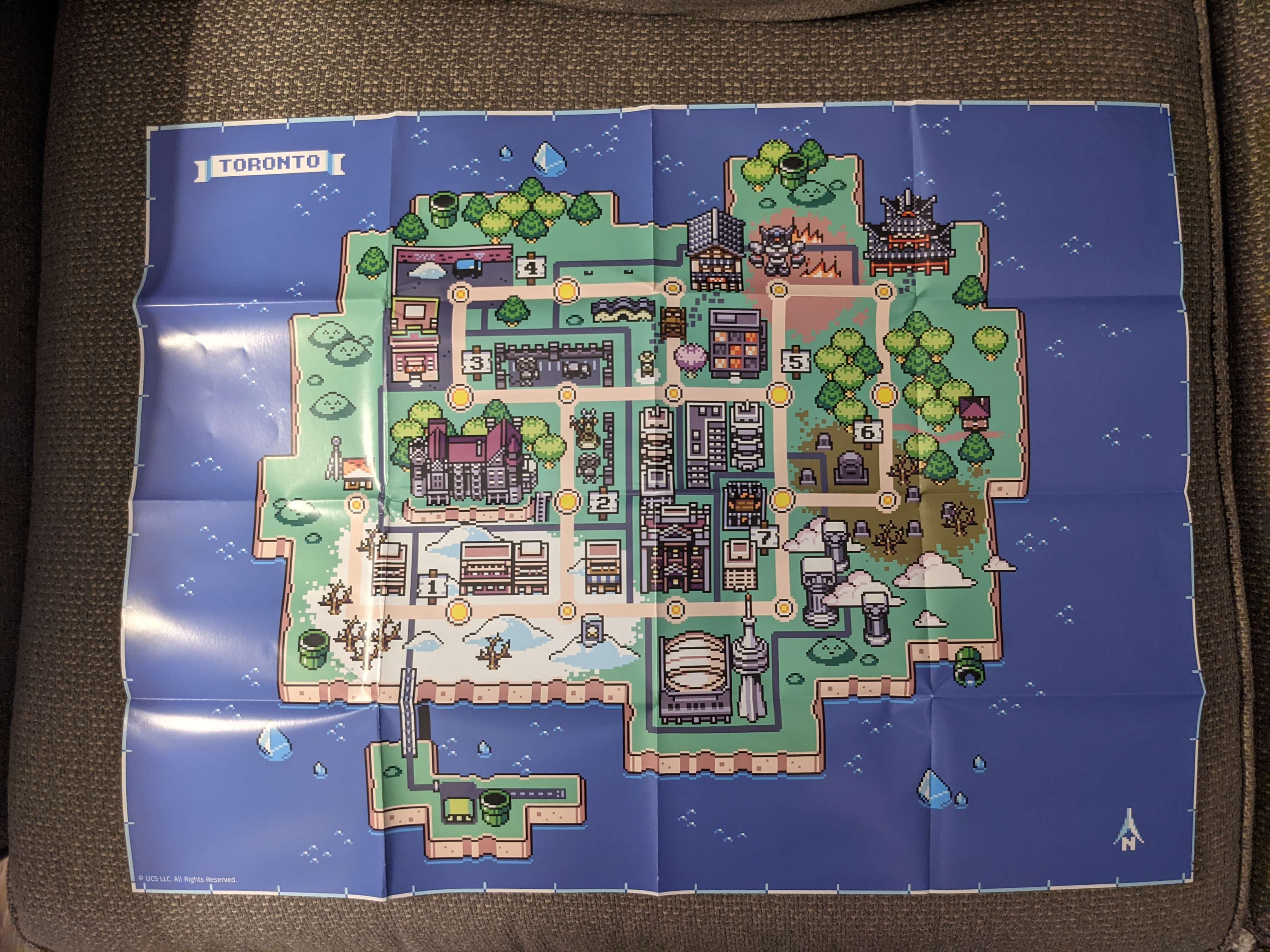 Another childhood memory was taping up posters that came packed in with the game. There’s a decent glossy folded world map that reminds me of Super Mario World. Another nice small touch that completes the package.

Enough admiring; on to beat some evil exes.